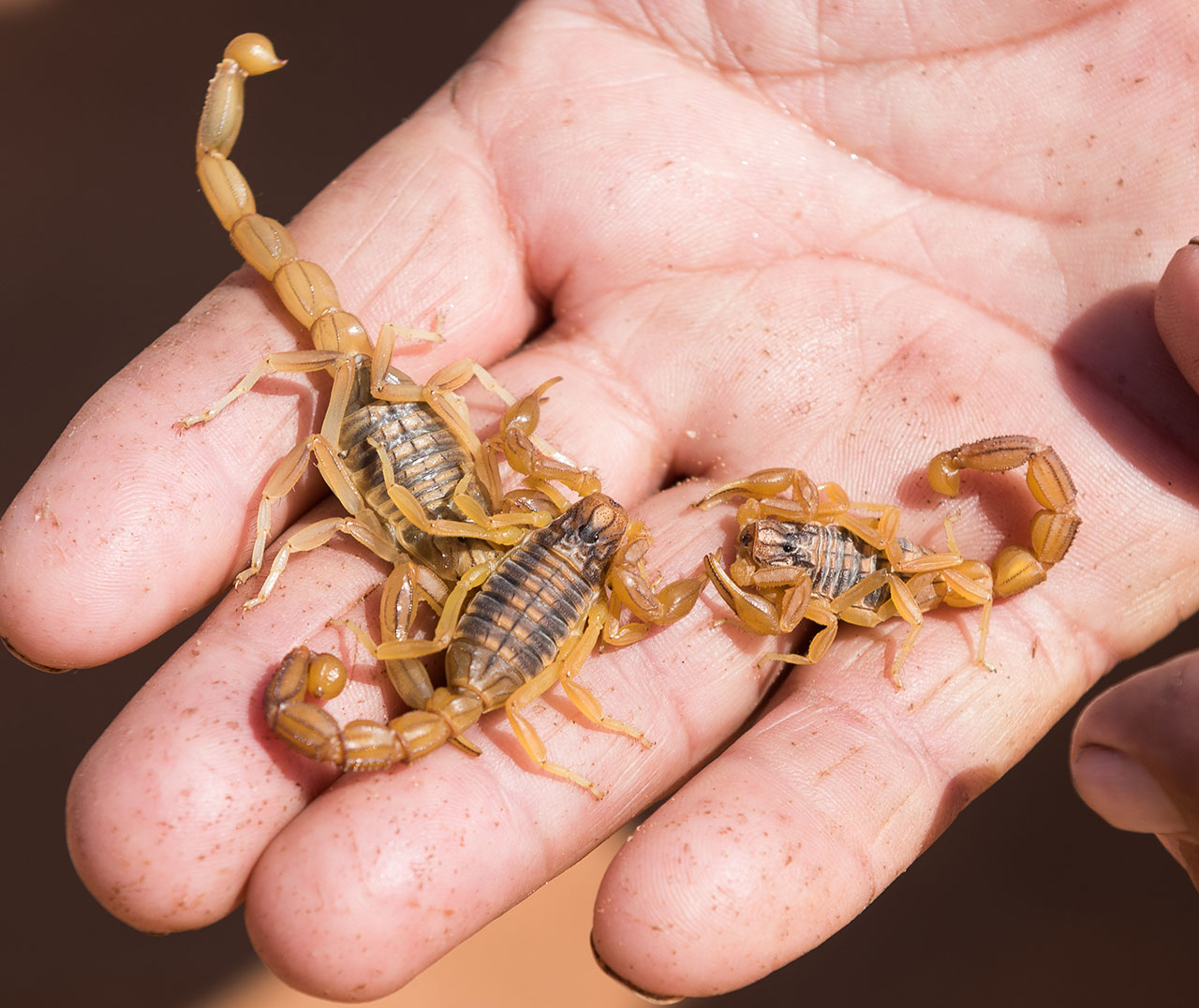 Charges are pending after thousands of spiders, scorpions, snakes and turtles were found in a vacant Surrey home that is believed to have been involved in trading exotic wild animals.

Conservation officers were called to the home after Surrey bylaw officers, who were inspecting the property for unrelated reasons, found reptiles and turtles on the back deck, she said.

Investigators found three box turtles and three Central American wood turtles, along with about 2,000 different kinds of arachnids and scorpions inside the house. Some animals were dead and others, like the turtles, are illegal to own under the Wildlife Act.

“This is not our first interaction with this individual for unlawful possession of live wildlife, so we are currently working to get charges approved by Crown so that we can take him to court,” Caithness said in an email.

A whip scorpion, also known as a vinegaroon, is one of the animals seized from the house and has been adopted by staff at the Dewdney Animal Hospital in Maple Ridge. (CBC)
‘Horrific’ conditions
Some of the animals are being cared for at Dewdney Animal Hospital in Maple Ridge. The veterinary practice is accustomed to caring for exotic animals, but not this many.

Walton said inside the Surrey house were over 80 scorpions, seven giant centipedes, almost 300 adult spiders, a black widow spider with 500 babies, and almost 1,400 baby scorpions and other spiders and animals.

All living in conditions he called “horrific.”

“There’s a lot of animals there that were suffering from insufficient space, food or water,” he said.

“These containers that these animals were in were basically just deli cups that you’d get your potato salad in.”

Two giant millipedes curl into each other. The insects are among the thousands of animals seized from a Surrey home earlier this month. (CBC)
A large number of the animals found in the home were venomous which are prohibited under Surrey bylaws, Walton said.

Some of the non-venomous animals were saved and some were donated to the Victoria Bug Zoo, he said. But many of the insects and arachnids had to be destroyed.

Shelley Joaquin of the Surrey Animal Resource Centre said that facility also took in some of the animals.
“It was definitely startling to know that there’s that large a number of venomous animals in one home … and just seeing the horrid conditions that these animals were kept in. It was very inhumane.”

Walton said it’s believed the animals were destined for the pet trade. Up to 70 per cent of animals in the wild pet trade die before reaching a store, he added.

“The international trade in exotic animals … is something that we really as a society have to reconsider,” Walton said.

“I do recommend that that house be fumigated, because there was, I’m sure, some escapees.”

The mild, rainy ocean climate has long been the envy of Canadians looking to escape the cold of more eastern provinces. But the conditions that make Surrey appealing to humans are exactly the same that make it an ideal home for pests who wouldn’t be able to survive the cold dry winters further east.

The dense vegetation that covers much of Surrey is home to a wealth of wildlife and associated pests that thrive in the temperate climate. As BC’s primary gateway to Pacific trade, Surrey harbours also offer some unique challenges for pest control and require continuous monitoring and prevention to ensure that infestations don’t take hold.

There’s nothing quite as frustrating as a pest problem. They can become a huge issue, whether you’re a homeowner or a business manager. That’s why Natural Pest Solutions offers pest control services in Surrey and the surrounding areas like Fleetwood, Whalley, Surrey City Centre, Guildford, and Newton. If you find unwanted rodents, insects, or other wildlife on your property, give us a call. We offer flexible hours so you can call us any time of day, any day of the week.